I International Competition
of Ballet Dancers in Moscow

The 1st International Competition of Ballet Dancers in Moscow was a long-awaited event prepared by the Organizing Committee of the Competition and the USSR Ministry of Culture. It became the first international ballet competition to be held in the country. Previously, competitions among dancers and choreographers were held only at the all-Union level. The competition, designed to discover new names and show the latest achievements in all areas of choreography - performing and ballet master, was created as one of the largest ballet shows. 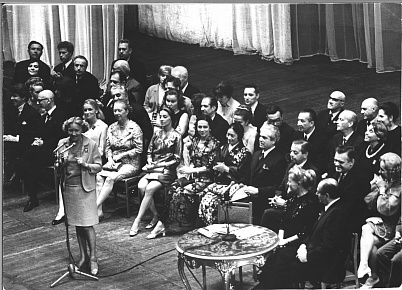 The Opening Ceremony of The I International Competition of Ballet Dancers in Moscow. Photo: TASS

The Competition of Ballet Dancers in Moscow was initiated by leading figures in the world of dance. Galina Ulanova, one of the most excellent ballet dancers of the XX century, who had been prima ballerina of the Bolshoi Theatre for sixteen years and dedicated thirty-seven years of her life to teaching, became the Chairman of the international Jury of the Competition. Igor Moiseyev led the Organizing Committee; he was an outstanding ballet dancer, better known as a master of folk dance, who created the country's first professional folk dance ensemble (now the Igor Moiseyev Folk Dance Ensemble). It became famous all over the world. Another marvelous ballet dancer Olga Lepeshinskaya, also a prima ballerina of the Bolshoi Theatre, devoted herself to teaching after her ballet career, played an essential role in creating the Competition.

On June 11, Ekaterina Furtseva, Minister of Culture of the USSR, announced the I International Competition for Ballet Dancers and Choreographers' official opening at the Bolshoi Theatre.

In 1969, 78 participants from 19 countries got on the stage of the Bolshoi Theatre. As in the following years, the I International Competition of Ballet Dancers and Choreographers was conducted in three rounds. The final Jury meeting took place immediately after the third round and ended only the next day at 6 a.m. The Closing Ceremony took place on the evening of the same day. 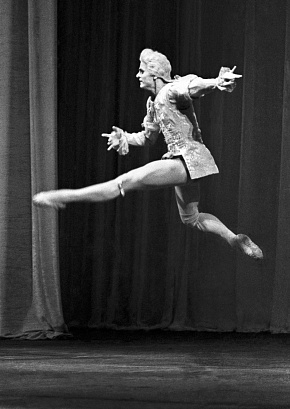 Gold medals of the I Moscow International Competition were awarded to future prima and premieres of the Grand Opera House (Paris) Francesca Zumbo, and Patrice Bart; soloists of the Bolshoi Theatre Nina Sorokina, Yuri Vladimirov, and Malika Sabirova, and one of the most famous ballet dancers in the world, soloist of the Leningrad State Academic Theatre of Opera and Ballet named after S. M. Kirov (now the Mariinsky Theatre), who later became premier and director of the American Ballet Theatre (New York), Mikhail Baryshnikov.

Thus one of the world's most prestigious ballet competitions was founded. The success of the first contest in 1969 determined its fate. The International Competition of Ballet Dancers and Choreographers in Moscow became an event where young dancers' careers were determined, where a new tradition was born, and where the best representatives of the ballet world met on the country's main stage.

“The First Moscow International Ballet Competition turned into a festival of great human friendship. There are winners in the competition, but no losers. Each of the participants became richer than they were yesterday, both creatively and spiritually. "

Galina Ulanova, Chairman of the Jury of the 1st International Moscow Show Jumping

"The results of the first competition give every reason to assume with confidence that the Moscow ballet Olympiads - and they will be held every four years - will become as fruitful and authoritative shows as traditional sports competitions."

"From the Moscow show, I experience exactly the feelings that I expected: this is an extra-class competition. I again became convinced that Soviet artists are the best in the world." 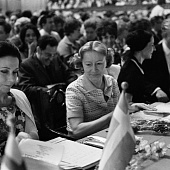 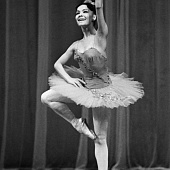 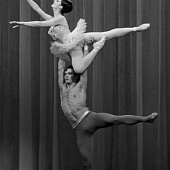 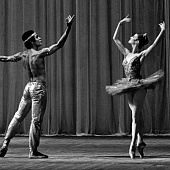 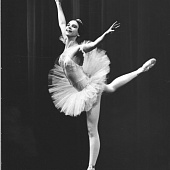 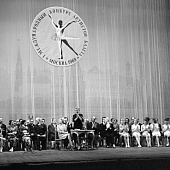 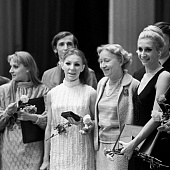 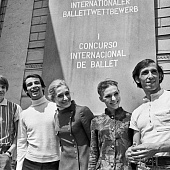 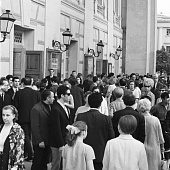