The II International Competition of Ballet Dancers in Moscow

The II International Competition of Ballet Dancers in Moscow brought together one hundred dancers from twenty-five countries on the Bolshoi Theatre stage.


Members of the Jury

Award to the Best Couple


Award to the Best Non-Competing Partners 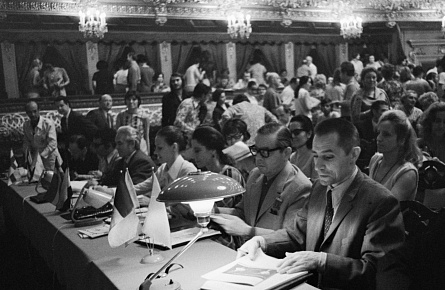 The Jury of the II International Competition of Ballet Dancers in Moscow, headed by its Chairman and artistic director Yuri Grigorovich. Photo: TASS
The II International Competition of Ballet Dancers in Moscow brought together one hundred dancers from twenty-five countries on the Bolshoi Theatre stage. This time the International Jury was headed by Yuri Grigorovich, chief choreographer of the Bolshoi Theatre, author of eight original ballets that still form the basis of many theatres' repertoire. Нe is also the person who created the foundation of the Soviet ballet in the second half of the 20th century. Since 1973 Yuri Grigorovich has been the artistic director of the competition and its International Jury's permanent Chairman. As in 1969, the Organizing Committee was led by Igor Moiseyev. In one of his interviews, Yuri Grigorovich figuratively compared the competition to yeast leaven thrown into the art world, making it seething and exciting since the competition's essence is not just about handing out awards and winning prizes. It is about forging the will to win, the habit of hard work, and selfless dedication to your profession. Three Soviet dancers Nadezhda Pavlova, Viacheslav Gordeev, and Alexander Godunov, got the highest scores after three rounds. 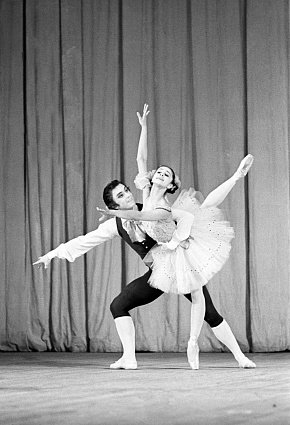 Winners of the II International Competition of Ballet Dancers in Moscow. Nadezhda Pavlova, Grand Prix, and Viacheslav Gordeyev, gold medal (USSR). Photo: TASS.
The International Jury decided to award the competition's main award, the Grand Prix, to one of them. Viacheslav Gordeev and Alexander Godunov were qualified dancers. They amazed the Jury with their technique and professionalism. Nadezhda Pavlova, a seventeen-year-old student of the Perm State Choreographic College, had just begun her career as a ballet dancer. Gifted with a unique natural talent, Nadezhda Pavlova amazed even the Jury's most experienced members with the precision, lightness, and musicality of her performance. What others achieve by years of training, she seemed to have inherited from nature. After a long-running dispute, the Jury gave the ballerina the highest award. Later, Nadezhda Pavlova became a prima ballerina of the Bolshoi Theatre and performed the leading roles there for twenty years.

Another leader of the II Moscow Competition and partner of the Grand Prix winner Viacheslav Gordeev got the gold medal and eventually became the Bolshoi Theatre's premiere. Pavlova and Gordeev danced as a couple until 1985. The outstanding dancer Alexander Godunov was also awarded the gold medal at the 1973 competition. He made a career as a premier dancer at the Bolshoi Theatre as well. Later on, Godunov became one of the famous "non-returnees." He left the USSR and attempted to re-start his career in the United States.

Cuban dancer Amparo Brito Gonsales was another gold medallist. She was a prima ballerina of The Cuban National Ballet and a student of one of the greatest ballerinas of the 20th century Alicia Alonso. As part of the 1973 competition, the first theoretical conference was held; jurors, guests of honor, and ballet critics took part in it. Thus, the II International Competition of Ballet Dancers in Moscow went beyond the standard championship. Following competitions have also included an educational program consisting of conferences, lectures, and meetings with outstanding representatives of the ballet, summarising choreographic culture experience.

"There were charm and mystery in this student. The mystery of the dizzying ease with which she grasped all the complexities of the language of classical dance. What others aim for years, gaining experience and mastery in a courageous and difficult gradual process, she received as if at once, from nature.”

"This competition was an incredible practical school, an artistic symposium of masters from different countries. It showed us pressing professional tasks which we are ready to solve. Additionally, this 'Olympic Games' of ballet united masters and young dancers from all over the world in the common pursuit of goodness and beauty."

"A few words about the laureates: Viacheslav Gordeev and Alexander Godunov are bright and different individuals. The first one has a large arsenal of expressive means, which he subordinates perfectlyф to the artistic concept. The second one captivates his emotional rise, the grandeur of his embodied feelings, and his artistic scope." 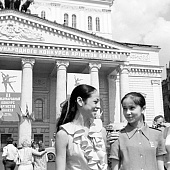 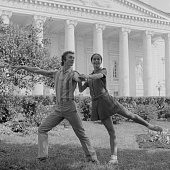 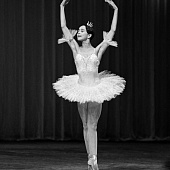 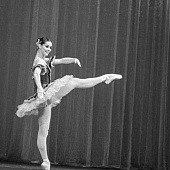 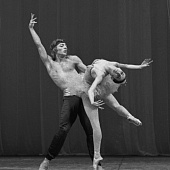 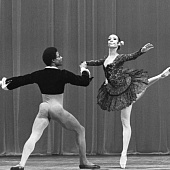