The III International Competition of Ballet Dancers in Moscow

In 1977, the Bolshoi Theater was given over in its entirety to host the III International Competition of Ballet Dancers in Moscow. Contestants rehearsed in the halls with renowned international ballet stars, attended classes, and trained under the guidance of outstanding Soviet and international dancers and choreographers who were specially invited for the competition.

Award to the Best Couple


Diplomas to the Best Ballet Pianists 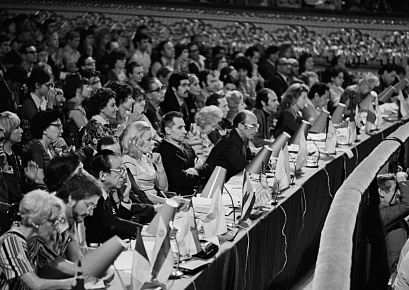 The Jury of the III International Competition of Ballet Dancers in Moscow. Photo: TASS
The competition program has slightly changed: the first round was world ballet classics, the second one was classical and contemporary choreography, and the third was Russian ballet classics. 1977's competitors were also offered a list of compulsory repertoire, which has expanded in subsequent years. It included choreographies from the following ballets: Swan Lake, The Sleeping Beauty, The Nutcracker, Giselle, Le Corsaire, The Flame of Paris, La Fille Mal Gardee (Vain Precautions), Raymonda, Coppelia, La Bayadère, Don Quixote, and La Esmeralda. The honor of opening the competition was given to the Organizing Committee's new Chairman, Olga Lepeshinskaya, an outstanding ballet dancer and teacher, one of the Moscow competitions' founders. The winners of the competition, whom the International Jury awarded gold medals, were Alia Mikhalchenko (USSR), Nina Semizorova (USSR), Mikhail Krapivin (USSR), and Danilo Radojevitch (Australia). 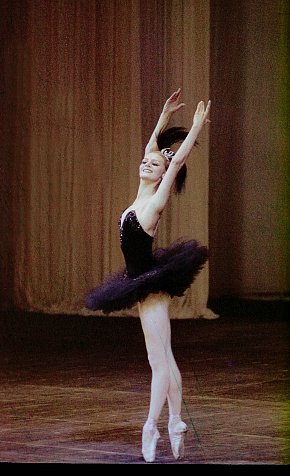 Alia Mikhalchenko (USSR), winner of the III International Competition of Ballet Dancers in Moscow, first prize, gold medal. Photo: Dmitry Kulikov (Ballet magazine)
Danilo Radojevitch was the only foreign dancer to win the gold medal in 1977. This dancer's performance was full of artistic passion, reckless fearlessness, and optimism. Very high jumps and energetic spins marked his technique. Laureates Mikhail Krapivin and Alia Mikhalchenko represented the Moscow choreographic school. Mikhail Krapivin was distinguished by his artistic ease and the naturalness of his stage existence. Everyone was amazed by the dancer's imponderable jump: the dancer soared above the stage as if he did not make any effort. The performing manner of the Bolshoi's soloist Alia Mikhalchenko combined the gracefulness of dance with each movement's proud presentation. The brittleness of her appearance was matched by her unique but masterly command of technique. (read more) The Kyiv Ballet School was represented at the competition by laureates Nina Semizorova (gold medal) and Nikolai Pryadchenko (bronze medal). Mariam González Hernández and Andres Willims Diego, Partnering Award diploma winners, performed brilliantly. The Cubans showed an original interpretation of famous choreographic themes, achieved by synthesizing classical and national principles. During the competition, an academic conference on the problems of choreographic development was held. The Organizing Committee also arranged an interesting cultural program for participants and guests.

«Competitions become milestones that capture changes in the choreographic and performing arts. The competition is a microcosm in which contemporary ballet art's main features are manifested, and many choreography problems are reflected in the contest entries».

«The international competition allows looking into the future: to see how contemporary choreographic art is developing globally, in what direction the searches are conducted».

«The greater meaning of the competition is that it is aimed at the future of our art, that it brought together in an artistic competition those to whom the future of ballet belongs. And that is why it becomes not only a significant event but also a crucial development stage in the development of world choreography». 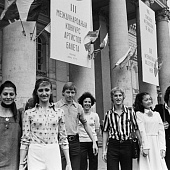 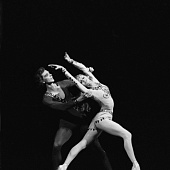 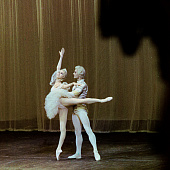 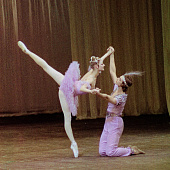 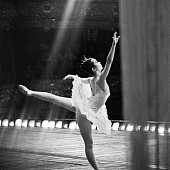 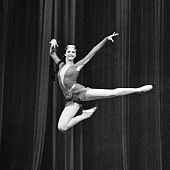 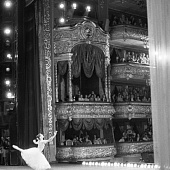 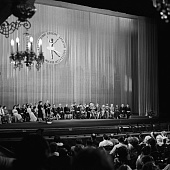