The V International Competition of Ballet Dancers in Moscow

The V International Competition of Ballet Dancers in Moscow had several significant events: the 75th anniversary of Galina Ulanova and the 100th anniversary of Tamara Karsavina. Thus, the 1985 competition was a creative continuation of the anniversary celebrations held that year.

Chairman of the Jury 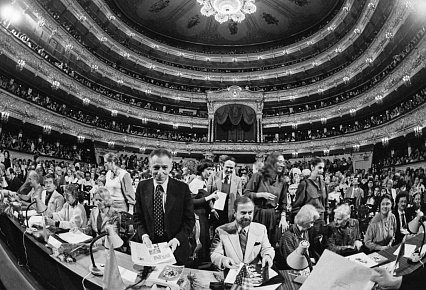 The Jury of the V International Competition of Ballet Dancers in Moscow headed by its Chairman and artistic director of the competition, Yuri Grigorovich. Photo: TASS
At the Opening Ceremony, Yuri Grigorovich introduced the International Jury members, 33 ballet dancers from 25 countries. It was a new record number of judges. They assessed the performances of 92 contestants from 21 countries.

The list of compulsory performances started to include pieces from the following ballets: The Talisman, Paquita, The Kermesse in Bruges, The Pharaoh's Daughter, Satanella; Ondine, or The Naiad and the Fisherman, and La Sylphide.

The Soviet dancer Vadim Pisarev and the young Argentinean Julio Bocca were the favorites for the competition's final round. Both got the first prize. Throughout the competition, Pisarev showed himself to be a versatile dancer who can embody in his performance complex acting and ideological and artistic challenges. He convinced the Jury with his ability to perceive the musical pattern of the performance subtly. Performing at the competition, Vadim Pisarev was a soloist at the Donetsk Academical Theatre of Opera and Ballet. Today, the dancer is the artistic director of this theatre. 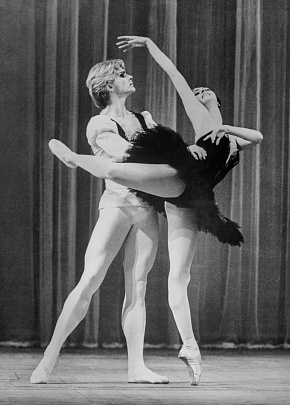 Another laureate, Julio Bocco, a dancer of great charm and temperament, was already an established professional with excellent technique despite his young age. According to Bocco, a contemporary dancer must establish contact with the audience, be a sensitive partner, and, consequently, be a thinking artist and master technique. All of this makes up the portrait of the ideal artist, which for Bocco is Vladimir Vasiliev. After the competition, the dancer was invited by Mikhail Baryshnikov to join the American Ballet Theatre (New York), and in 1990 he established his own company, the Ballet Argentino (Buenos Aires).

One of the highlights of the third round was the performance of Nina Ananiashvili and Andris Liepa. This duo had been together since the last competition in 1981. In 1985, Nina Ananiashvili was awarded the gold medal, and her partner got the silver one. In this duo of two Bolshoi soloists, audiences were attracted by the surprising combination of naturalness and spontaneity of their performance with a carefully considered form.

Several related events took place during the competition. At the end of the first round, a meeting with the international jury members was organized. It was held in the Round Hall of the Bolshoi Theatre. During the meeting, guests and professionals discussed music's role in ballet and its importance as a stimulus for choreography development.

The events of the competition were widely covered in the media. Soviet and foreign journalists, and representatives of significant agencies from 25 countries, were accredited to the Press Centre.

“Our competition stimulates the progress of skill by offering harsh conditions. With particular clarity, we have now seen that what last time was demonstrated only by the leading dancers has now been mastered by many who were not among the winners. Furthermore, the current laureates have led the way, establishing a new high standard of excellence”.

Yuri Grigorovich, artistic director of the International Competition of Ballet Dancers in Moscow, Chairman of the Jury

“Each new competition, especially the V International Competition of Ballet Dancers in Moscow, confirms again and again that success comes to that participant, to that ballet school, to that choreographic style, which most fully reflects the present day and expresses the essence of modern theatre”.

“Every country dances in its way; it is impossible to keep one style for all times and all nations. It is continually changing, and so is the performers' technique, becoming more and more virtuosic”. 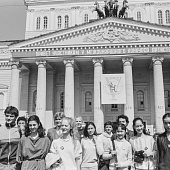 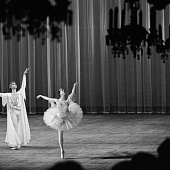 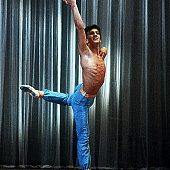 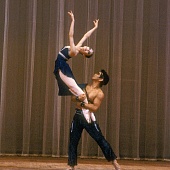 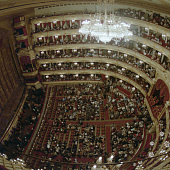 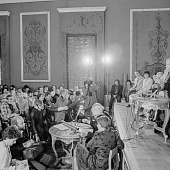 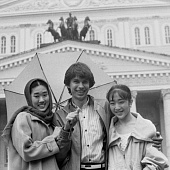