The VI International Competition of Ballet Dancers in Moscow

1989 was a jubilee year for Ballet Dancers International Competition; exactly twenty years had passed since its foundation. This time, 106 competitors from 26 countries came to perform in the contest.


"Soviet Music Magazine Award for Presentation of ''Harmonic Incompatibility"" to Music by S.Prokofiev 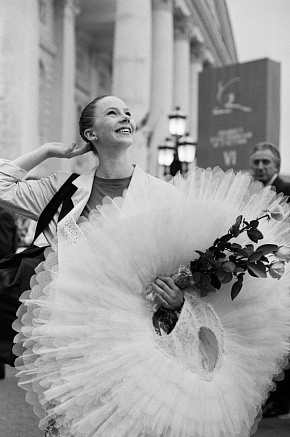 For the first time at the International Competition of Ballet Dancers in Moscow, a Soviet-American duo took part: Galina Stepanenko and Michael Shannon; he came from Los Angeles to study at the Moscow State Academy of Choreography.

Christine MacDermott's artistry, effortlessness, and liveliness of performance were outstanding. From the first round, she surprised the Jury and the audience with her ballet Le Corsaire's performance, in which she danced with her partner Dinko Bogdanovic (FRG). She offered her interpretation of one of the most common pas de deux in the competition, which is traditionally considered more advantageous for the partner. MacDermott presented a poetically meaningful, understated, and exquisite image. With the freedom of her dance, she exalted her partner, who bowed down to the power of her charms. 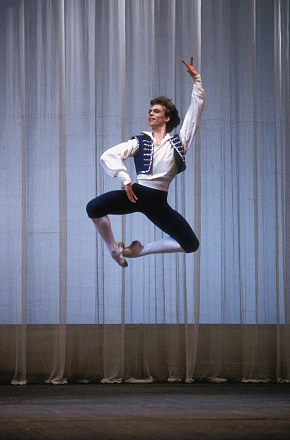 However, the centerpiece of the competition was Narcissus (choreography by K. Goleizovsky), performed by gold medal winner Vladimir Malakhov. He described his work on the performance as follows: "Vladimir Vasiliev recently gave me his Narcisse, composed for him by Goleizovsky. Carefully preserving the choreographic text, Vassiliev was looking for new plastic accents for me. After all, Golezovsky always aimed for a specific performer, and in his dance, he composed a 'self-portrait' of his mental qualities."

Numerous articles in the press claimed that the contest went off without sensational discoveries, but they were wrong. Laureate Galina Stepanenko became a prima ballerina at the Bolshoi Theatre. Vladimir Malakhov was recognized as one of the best dancers in the world, later he worked with the leading ballet companies, and in 2002 he became a head of the Berlin State Opera. Anna Dorosh and Michael Shannon, diploma winners, became laureates of other international competitions and leading soloists in various ballet companies worldwide.

The diploma winner for Contemporary Choreography was German choreographer Ditmar Seiffert's performance of Love Song in Minor based on Iraqi folk music.

Valery Kosorukov's exhibition was opened in the Bolshoi Theatre foyer, and creative meetings were regularly held in the press center. Guests of the competition had an extensive cultural program and a visit to the Moscow State Academy of Choreography.

“It is not just about winning the prestigious dancers' competitions. For many, taking part in the International Competition of Ballet Dancers in Moscow is an opportunity to get an objective assessment of their strengths and weaknesses”.

“What did this forum show? I have to say that it revealed a lot of problems. The problems in men's dance are much more acute than in women's dance. Many contestants and teachers are caught up in the pursuit of complicated moves and tricks. I'm not against the complication of technique. But it requires a foundation, a confident mastery of the style".

“The competition made us think again about what we mean by the phrase 'contemporary ballet.' It seems to me that, first of all, it is a renewal of aesthetics. Not every choreographer is given a truly new view of art. However, those fortunate enough to do so contribute actively to the development of the art of dance.” 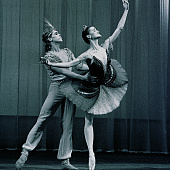