The VII International Competition of Ballet Dancers in Moscow

Chairman of the Jury


Bashkortostan Ministry of Culture Award for Great Achievements and Artistic


Ministry of Culture of Russia and Moscow Government Diploma 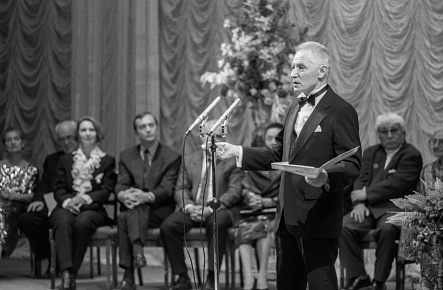 Yuri Grigorovich at the Opening Ceremony of the VII International Competition of Ballet Dancers in Moscow. Photo: TASS

The 1993 competition was a tribute to the great choreographer Marius Petipa. The whole world celebrated the 175th anniversary of the birth of the founder of classical ballet. That is why in the third round of the 1993 competition, a performance of one pas de deux or two variations from ballets created by Petipa was a mandatory condition for the dancers.

For the first time in the competition's history, there was a press jury. Its members awarded prizes to contestants on behalf of authoritative publications covering events in the world of choreography. It was led by the eminent art historian and ballet critic Viktor Vanslov.

This year, the Bolshoi Theater was, for the last time, entirely devoted to the Competition of Ballet Dancers in Moscow. The competition took place in the post-perestroika era's difficult conditions, and the Bolshoi Theatre building was in a pre-renovation condition. The competitions were postponed until autumn when the ballet season starts. Therefore, it affected the number of participants. A total of 82 competitors from 23 countries took part in the 1993 competition.

The line-up of competitors also changed considerably. In 1993 there were many Russian and Japanese performers. The number of competitors from the United States and European countries was much lower than before. Such countries as Australia, Canada, and China were not represented at all for the first time. Despite the difficulties, there were dancers of high professional level among the participants of the VII International Competition of Ballet Dancers in Moscow. 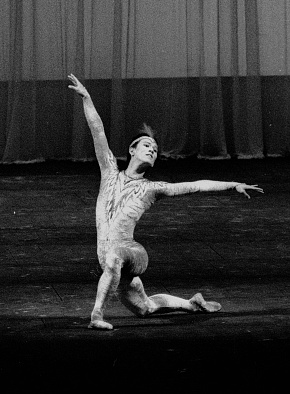 The Japanese virtuoso Morihiro Ivata, who participated in the competition for the second time, once again showed an outstanding jumping and spinning technique. Having a powerful technique, he danced with pleasure, ease and enthusiasm. His style 'cleared up' over time and became more academic. It was an influence of his artistic mentor, the gold medallist of the 1973 Competition of Ballet Dancers in Moscow, the legendary Vyacheslav Gordeyev.

Another contender for the victory, Elena Knyazkova, had a natural charm and virtuoso technique. The ballerina fully revealed herself by the third round: the dancer's emotional coldness, which the jury noted initially, had disappeared, and her dance became cheerful, strong, and optimistic.

These three dancers won gold medals in the 1993 competition.

Russian ballet dancer Elena Knyazkova later became the leading soloist of the company Russian Ballet, founded by the winner of the II International Competition of Ballet Dancers in Moscow Viacheslav Gordeev. Afterward, she became a soloist at the Yuri Grigorovich's Ballet Theatre in Krasnodar. Nowadays, Knyazkova is a teacher and choreographer.

Japanese dancer Morihiro Ivata's career continued in Russia after the competition. He was invited to join the Bolshoi Theatre as a soloist. Furthermore, in 2012, he was appointed artistic director of the Buryat State Academic Opera and Ballet Theatre.

Valentin Elizariev (Belarus) won the prize for best contemporary choreography with his duet from the ballet Romeo and Juliet.

Throughout the competition days, the press center hosted twenty meetings with jury members, discussions of critics and practitioners about each round's results, and conferences with directors of international ballet competitions.

“To be successful in a competition, you need to have a particular character, оne of the very few. You have to be able to show that you love to dance and show even more than you can”.

Loipa Araujo (Cuba), Jury Member, winner of the I International Competition of Ballet Dancers in Moscow

“Undoubtedly, for the current participants, the competition is only the beginning of their creative path. There is a competition of acting souls, acquiring their stage face and experience, the freedom of artistic expression waiting ahead. It is kind of a premiere. Nevertheless, this premiere is fascinating".

“Of course, a contest is not a show, and a different kind of performance is required. Competition is supposed to be more vibrant, with a special presentation, but the image's thread must still be pulled!” 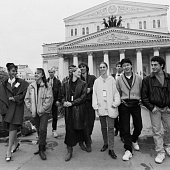 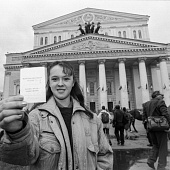 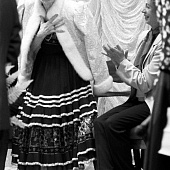 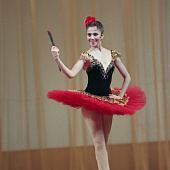 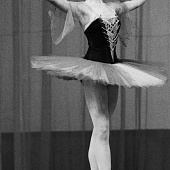 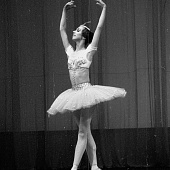 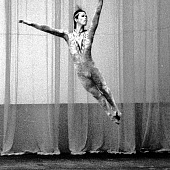 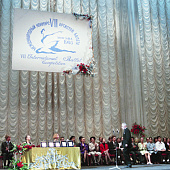