The IX International Competition of Ballet Dancers and Choreographers

The 2001 competition was a tribute to Galina Ulanova, the most excellent ballet dancer of the 20th century and a teacher who trained several generations of the world's leading ballet dancers. Galina Ulanova was one of the founders of the international competition movement in ballet, including the Moscow competition. She treasured the role of such creative competitions. The opening of Ulanova's tombstone at Novodevichy Cemetery in Moscow, the work of sculptor F. Fiveysky and architect V. Tikhonov, was timed to coincide with the start of the competition. 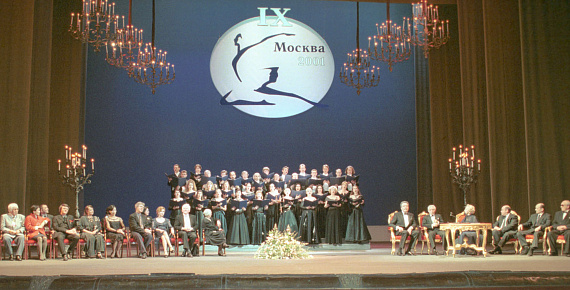 The Opening Ceremony of the IX International Competition of Ballet Dancers and Choreographers in Moscow at the Bolshoi Theatre. Photo: TASS

The structure changes entailed changes in the program; contemporary choreography was performed in the first and second rounds. This program and conditions continued in the following Moscow competitions in 2005 and 2009.

Another change was that after a twenty-year break, the contestants were again divided into two age groups: junior and senior. 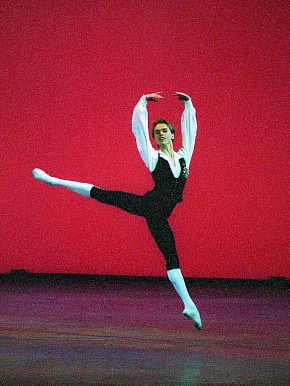 The gold medal winners of the 2001 Competition in the senior group were the following dancers: Russian ballerina Oksana Kucheruk, who became the Prima Ballerina of the Ballet of the Opéra National de Bordeaux, Ukrainian ballet dancer Leonid Sarafanov, the future premiere of the Mariinsky; Pinto Tiago Suares, a Brazilian dancer who became a soloist of the Royal Ballet in London after this competition and nowadays he is a guest soloist of the world's leading ballet companies; and a Chinese dancer and future soloist of the National Ballet of China.

In the junior group, the first prize winners were Misa Kuranaga from Japan, who became a prima ballerina of the Boston Ballet, and Russian dancer Polina Simionova. After the competition, Vladimir Malakhov (winner of the 1989 competition) invited her to join the Berlin State Ballet company, which he headed. In 2012, she joined the American Ballet Theatre. Moreover, she is a regular guest soloist at the Mikhailovsky Theatre in St. Petersburg.

“The fact that the Moscow competition included a contest for choreographers is undoubtedly helpful and promising. It aims to support choreographers, to allow each piece to be seen and appreciated”.

“Young artists, just starting their artistic careers, receive offers to work in theatres, sign contracts, and discover unknown repertoires. The world is learning new names with which the choreographic art of the future will be associated”.

“I work a lot in the jury of many different competitions, but I do not know any more prominent than Moscow's. It still maintains its prestige. Mainly because the Bolshoi Theatre stage is the most beautiful, the most comfortable, and the most fortunate. This stage is like a dedication; it brings luck".

Lyudmila Semeniaka, ballet dancer and teacher, winner of the I International Competition of Ballet Dancers in Moscow 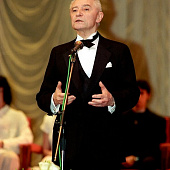 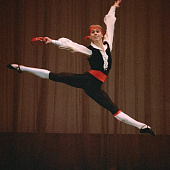 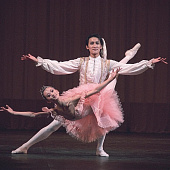 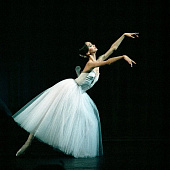 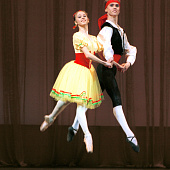