The X International Competition of Ballet Dancers and Choreographers

The 2005 International Ballet Competition was the tenth and anniversary year of the Moscow competition. The Opening Ceremony, the Award ceremony, and the concert were held on the Bolshoi Theatre Historic stage, while the competition itself was held on the New Stage. This time 129 participants from 22 countries took part in the contest.


Ballet Magazine A ward to the Coach


Ballet Magazine Award to the Coach 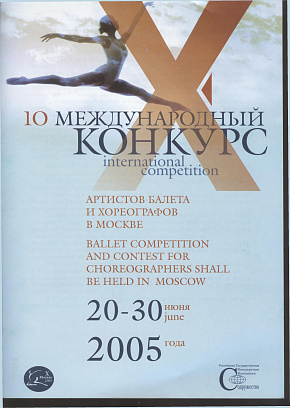 For the first time, the International Jury included two outstanding ballerinas: Natalia Bessmertnova and Lyudmila Semenyaka (winner of the bronze medal at the I International Competition of Ballet Dancers in Moscow in 1969). Ballet critics and the professional community praised the skills of the contestants.

By the second round, the junior group's undisputed favorite was Ivan Vasiliev, a Belarusian State Choreography College student. He, despite his young age, had already won several prestigious ballet competitions. As a result, the Jury awarded the 16-year-old performer a gold medal. Currently, Ivan Vasilyev is a Mariinsky Theatre premiere dancer and a regular guest soloist at the American Ballet Theatre in New York.

However, the main star of the X International Competition of Ballet Dancers and Choreographers in Moscow was the Ukrainian dancer Denis Matvienko, who was awarded the main award of the competition, the Grand Prix. Performing in the competition, Denis Matvienko was already a soloist at the National Opera of Ukraine's ballet company. He is currently a ballet dancer at the Mariinsky Theatre, artistic director of the Novosibirsk State Academic Theater of Opera and Ballet, and a teacher at the Vaganova Academy of Russian Ballet. 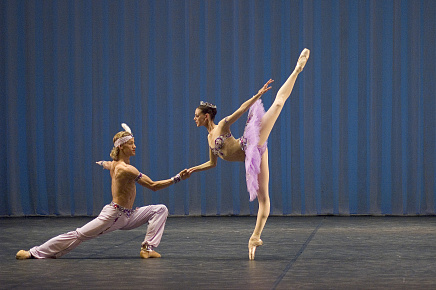 The primary fight at the X Moscow Ballet Competition was between the participants from Ukraine and Russia. In the senior group, gold medals went to Evgeniya Obraztsova (Russia) and three dancers from Ukraine – Anastasia Matvienko, Viktor Ischuk, Yaroslav Salenko. In the junior group, gold medals were awarded to Chinara Ilizade (Russia), Kristina Shevchenko (Ukraine), and Ivan Vasilyev (Belarus).

Throughout the competition, the Ukrainian dancers demonstrated the high art of contemporary male dance – virtuosic, strong-willed, and noble. Despite the differences in creative personalities, they were united by a standard style of the Kyiv school. The same style of the Moscow school manifested itself in students' strongest performances of the Moscow State Academy of Choreography. Chinare Ilizade (gold medal), Ekaterina Krysanova (silver medal), and Natalia Osipova (bronze medal) presented themselves especially brilliantly.

The choreography competition, held for the first time in 2001, was a sort of a tryout. Although the Jury did not award a single prize, confining itself to the awarding of three diplomas, the beginning of competitive support for choreographers' art has been laid. The competition highlighted the weaknesses of contemporary choreographic art and, most importantly, outlined its development prospects.

Traditionally, regular meetings were held in the Press Centre. Journalists and critics met regularly with members of the Jury, honorary guests, and teachers. Numerous audiences gathered for a conversation with organizers of international competitions and festivals in Varna, Perm, Novosibirsk, Seoul, Riga, Kyiv, and other cities.

“Participation in the Moscow Competition is a particular page in the biography of any dancer or ballerina. This creative contest has a unique history and tradition. The Moscow competition gives a good springboard into the future, where severe and exciting works should find a place”.

Ekaterina Krysanova, winner of the X International Competition of Ballet Dancers and Choreographers

“The choreographers have not expressed themselves as artists at all. The technique is excellent, but in terms of choreography, it is a total disappointment”.

“The competition is an opportunity to meet artists from different countries, see a lot, and learn a lot. I saw a lot of decent dancers here, both in the junior and senior groups. Everyone performed at full capacity. The Jury had a difficult task: to choose the best of the best". 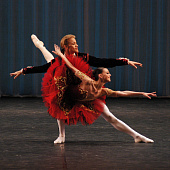 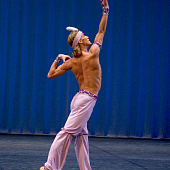 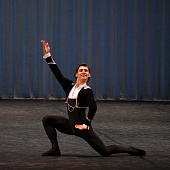 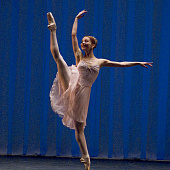 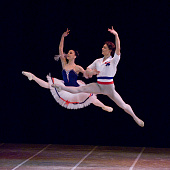