Educational lectures as part of the competition have started 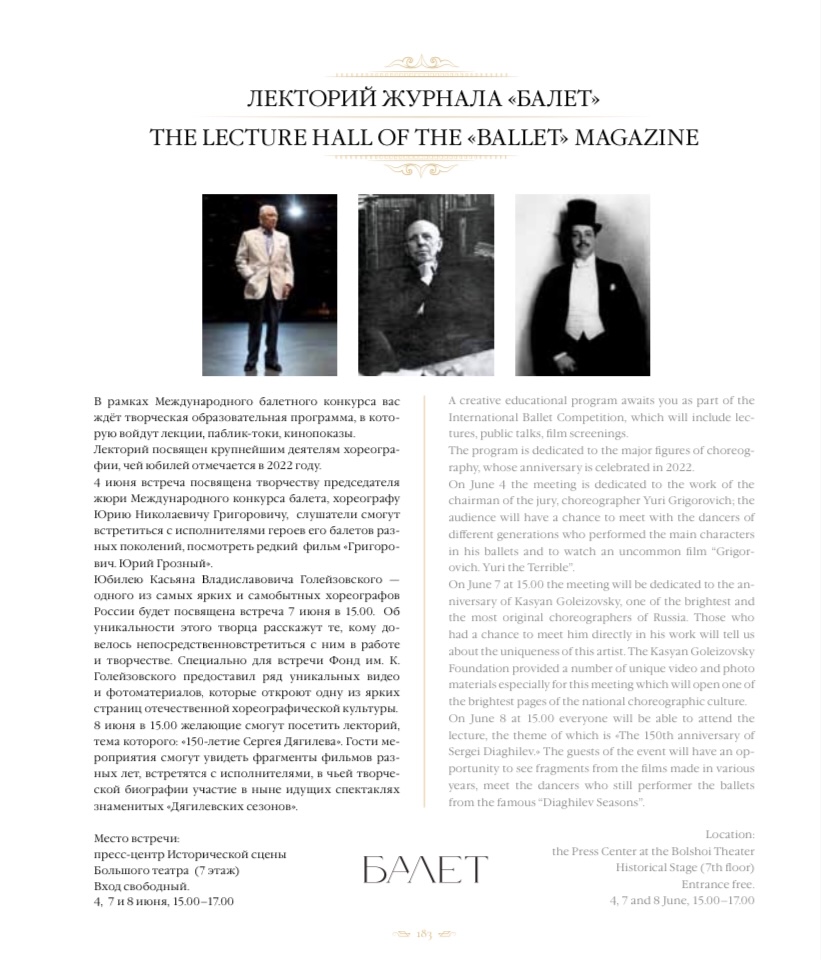 A creative educational program awaits you as part of the International Ballet Competition, which will include lectures, public talks, film screenings.
The program is dedicated to the major figures of choreog- raphy, whose anniversary is celebrated in 2022.

On June 4 the meeting is dedicated to the work of the chairman of the jury, choreographer Yuri Grigorovich; the audience will have a chance to meet with the dancers of different generations who performed the main characters in his ballets and to watch an uncommon film “Grigorovich. Yuri the Terrible”.

On June 7 at 15.00 the meeting will be dedicated to the anniversary of Kasyan Goleizovsky, one of the brightest and the most original choreographers of Russia. Those who had a chance to meet him directly in his work will tell us about the uniqueness of this artist. The Kasyan Goleizovsky Foundation provided a number of unique video and photo materials especially for this meeting which will open one of the brightest pages of the national choreographic culture.

On June 8 at 15.00 everyone will be able to attend the lecture, the theme of which is «The 150th anniversary of Sergei Diaghilev.» The guests of the event will have an opportunity to see fragments from the films made in various years, meet the dancers who still performer the ballets from the famous “Diaghilev Seasons”.