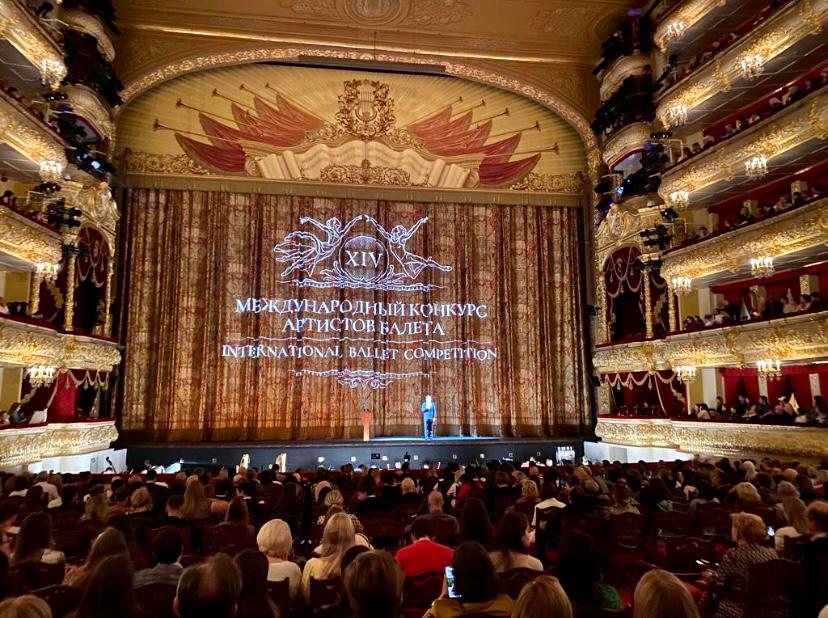 The official opening ceremony of the 14th International Ballet Competition took place on the Historical Stage of the Bolshoi Theater of Russia.

The Minister of Culture of the Russian Federation Olga Lyubimova opened the competition dedicated to the 95th anniversary of the outstanding choreographer Yuri Grigorovich: “For more than half a century, the competition, instituted in 1969, has been the most prestigious international contest this field. It would not be an exaggeration to say that it has long ago received an unspoken status of the Olympic Games in the world of ballet. The strongest contestants from 22 countries of the world, including South Korea, China, Italy, Turkey, Kazakhstan, Belarus, Armenia, and the DPR and, of course, our unique specialists from Russia will show their skills. This year we dedicate the competition to the 95th anniversary of the Maestro. And today we will see his legendary "Spartacus", which premiered back in 1968."

The competition rounds began on the New Stage of the Bolshoi Theater on June 4. These days will be eventful and we invite all of you to touch the beautiful art of ballet.

Online broadcasts of all the stages of the XIV International Ballet Competition will be held with the support of the largest Russian social network Vkontakte. From June 4 to June 11 the events of the ballet competition will be available for viewing live on the competition's official website moscowballetcompetition.com, in its VK community  and on the “Kultura.RF” platform.